The government of Tajikistan is largely authoritarian, ruled by President Emomali Rahmon since 1994. Because of the totalitarian leadership structure, any perceived “deviation” from any group is treated with suspicion. This means authorities put significant pressure on Christians through tightening existing laws and strictly enforcing the ones that already exist, such as greatly restricting the public training of church leaders.

The Russian Orthodox Church is registered and somewhat tolerated since they don’t usually reach out to the Tajik population. But Protestants are viewed with significant suspicion and are seen as extremists.

Additionally, Tajikistan is predominantly Muslim, which means converts from Islam are at risk from their families and communities in addition to the broader persecution from the one-party state. If their conversion is discovered, female converts run the risk of being locked up, beaten, rejected, harassed, or forced to marry a Muslim. If a female Christian convert was already married before becoming a Christian, she will likely be repeatedly beaten by her husband who will ultimately divorce her.

The pressure on Christians in Tajikistan has largely stayed the same from year to year, even as the ranking fell significantly—the decrease in rank was mostly due to rising persecution scores for many other countries. The persecution continues to come from two primary sources: the totalitarian regime that rules the country, and Muslim-majority communities that oppose any deviation from Islam.

Open Doors provides immediate aid to Central Asian believers when they are imprisoned, excluded from families and communities, and deprived of livelihood and employment because of their faith in Christ. Open Doors also strengthens the persecuted church in Central Asia through things like literature distribution, biblical training and persecution preparedness training.

Pray for the safety and protection of pastors and church leaders in Tajikistan, especially those who are monitored and detained by the government.

Pray for converts to Christianity from Islam who live in areas where conversion means severe pressure from family and communities. Pray they would sense they are part of a global community of believers.

Pray for the government of Tajikistan, that their hearts would be softened toward Christians and other religious minorities. 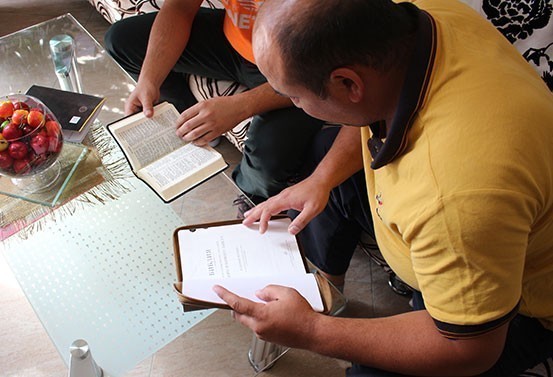