How God built His church through prisoners and drug addicts

‘Something special had happened’

When Open Doors researcher Stefan* first visited Central Asia in the 80s, the church of local believers was tiny. But in the years since then, God has been powerfully at work – and not always among the people you might expect to come to faith in Jesus. Here he shares some of his experiences from the region.

I love to talk about the church in Central Asia. It’s a beautiful church.

My first trip there back in ’89. In those years Central Asia was still part of the former Soviet Union. You had about five Islamic republics in this area; Kazakhstan, Kyrgyzstan, Tajikistan, Turkmenistan, and Uzbekistan. But all these countries were being controlled by Moscow.

There were small communities of Christian believers in these countries. They mostly had either a Russian or a German background. Very few nationals, such as Uzbeks or Tajiks, actually had converted to Christ. In 1989 and the total number of Central Asian believers in those years was estimated at about 150. 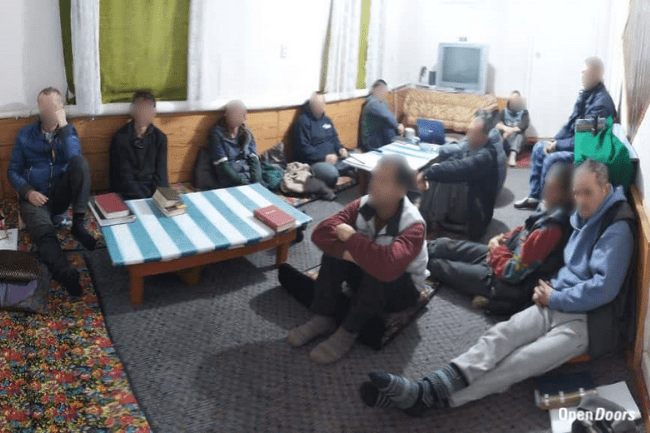 Then I went back in 2014 for a secret underground conference with leaders from Central Asian countries. Almost all of them had a Central Asian background. I did not know exactly what to expect. And when I entered the room, I was just blown away by the fact that about 100-150 church leaders were there, all with a central Asian background. And it was such a clear sign that God had started to build a church in this remote part of the world. Something special had happened in the past few decades.

It’s a difficult situation for the church in central Asia. Russia is no longer in control, these are independent states – but in order to build a national identity, they are using Islam. And that means that when you are not a Muslim, you have problems, especially when you are active in evangelism. So it’s difficult for churches who are reaching out to Muslims, and it’s even more difficult for nationals who have converted to Jesus Christ.

It’s exciting how God is building his church in this area of the world. By now tens of thousands of nationals, of Uzbeks, of Tajiks, of Turkmen people, have come to faith. Each of them has their own unique story. But again, the Lord is reaching out in special ways and he’s often taking care of people who are at the fringes of society – people we do not think very highly of.

When I think of Central Asia, I think of a very active believer who used to be a criminal. ‘A really bad person’ – this is how he described himself. And for that reason, he ended up in jail. He spent many, many years in jail because he was a criminal.

But during his time in jail, he was visited by a lady who would bring him and the other prisoners food. She could not talk about her faith in Jesus Christ, it was not allowed, but she would simply enter the prison and give food.

He really loved her for doing that. So when he was released, he went looking for this lady and he found her. And he said, “I would like to know your secret. Why have you been visiting us in this prison for such a long time and giving this food?”

She said, “Because I love Jesus.” And he said, “I would like to know more about Jesus.” And she shared her faith and he came to faith as well. And since then he has been visiting prisoners trying to help them.

By now they have a whole community of people who have been in prison. It’s very special when you can join one of these meetings, because this is the way they greet one another: “Hi, my name is Vladimir Nine.” “My name is Ali Eight.” The figure they are giving is the number of years they spent in prison.

The Lord is building a special community there – not just among prisoners. There are many people who had drug addictions, which is quite a challenge in a number of Central Asian areas. The region is close to Afghanistan, a major production house for hard drugs, and they are smuggled into the region. Many people fall victim to this. A number of Christians are trying to reach out to drug addicts.

This is a story about somebody I met not too long ago. He used to be an addict himself – first to drink, then to cigarettes, and then to hard drugs.

He was desperate. He tried to commit suicide twice. Miraculously, he survived and he wanted to start a new life, but he didn’t know what to do. And then he was talking to a friend of his and he said, “There is a special place here in town where they are taking care of drug addicts. The only bad thing is that the people who are running this house, they have this strange faith in Jesus. But if you just let that go in one ear and out the other, you’ll manage. They will really try to help you.”

He went to this place, and they took him in and they told him, “We are willing to take care of you on one condition: when you are here, no more drugs, no more smoking, normal drinks.”

He says, “I stopped with the drinks. I tried to stop with the drugs. But smoking… I was smoking all the time. I continued smoking in this house. And one day I was caught. I was called in for a meeting, and they told me: ‘You’ll be out the next time we see you smoking again.’

“Then I left them, I went into the room and I was desperate. I wanted to break free from all these addictions and to have a new life. But how to quit smoking? And I just cried out. I said, ‘Jesus, if you really exist, help me because I can’t do it alone.’

“I didn’t know what was happening to me. I didn’t have any explanation. I just had peace. So after this event, which took quite some time, I went back to the leadership of this house. And I said, ‘I would like to join your services.’ They prayed with me. And then the next morning I woke up and all of a sudden it dawned to me: ‘I’ve had no intention of smoking’.”

He was set free. He’s still free today. Today he’s an evangelist among his own countrymen. It’s just fantastic to see how he’s doing.

God is building a new church in Central Asia. There’s a lot of persecution, but there’s also hope for the church in Central Asia. Thanks to your prayers and support, Open Doors local partners are continuing to reach those who most need help and hope with the gospel in Central Asia. This includes partnering with local Christians to open homes for street children and recovering addicts, and supporting those ministering to prisoners and former prisoners. Open Doors partners also equip others to reach out with the good news, providing evangelism training for local believers. 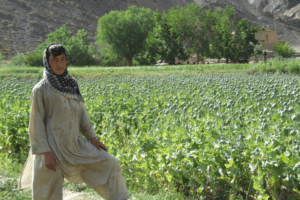 Sharifullah* on creating art in Afghanistan

Sharifullah is a secret believer who works to minister in Afghanistan through his art. 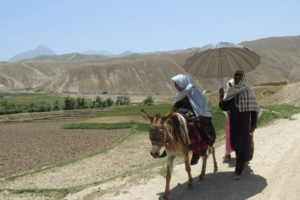 With the Afghanistan crisis, frontline workers share about the needs of Afghani refugees 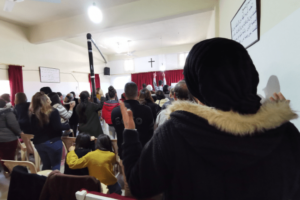 Church Among the Druze

The women who attend this church have all been rejected by their families for follow Jesus.